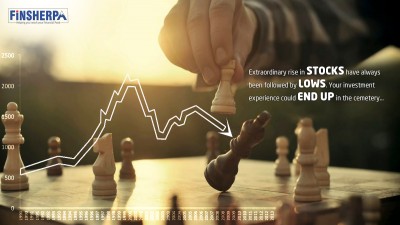 Why it is time to visit the Cemetary

We often come across success icons in the media, on both print and television. Be it an actor, author, news anchor or investor, success is infectious and gives us the impression that if they can do it so can we.

I have a friend Anand Subramanian, who was greatly inspired to write when Chetan Bhagat first came on the scene. He started with all enthusiasm and wrote persistently for the first few weeks. However, he got interrupted with some work related travel and then followed by a domestic health issue in the family; cut to now, he has not finished his original manuscript yet, after over a decade. For every one Chetan Bhagat, we will have thousands of authors whose books haven’t been bought yet. And for every writer who has published, we would similarly have thousands who have not yet completed their manuscripts which would now be gathering dust. YET we only hear of the one Chetan Bhagat and how everyone wants to be like him. Similarly, in the film world, for one Amitabh Bachan, there are a million dreams now pushing through life with regrets.

The investment world is no different, when we hear of multi bagged returns, especially when the stock markets are buoyant, everybody including his grandfather, aunt and neighbour want to see their stocks double or triple. Can everybody hope to be Warren Buffett, or our very own Rakesh Jhunjunwala? For every one who has tried to gain extra ordinary outcomes from the stock markets they have ended up with deep losses that have nearly bankrupted them.

Looking back at the history of Indian stock market, it is replete with stories right from the Harshad Mehta induced boom of early 1990s to the crash that followed, to the Ketan Parekh led boom and bust in the late 1990s. From this we went on to the tech bust in the early 2000s to the housing lead worldwide crash of 2008. Extraordinary rise in stocks have always been followed by lows.

Media is not in the business of Truth, it is in the business of selling. What sells is success and that is RARE, so do not generalize investment success. For every Sachin Bansal ( FLIPKART) and Bhavesh Agarwal ( OLA) there are a million others who have not yet seen any form of success or seen only failure.

The recent run up in stock market has led many to enter this space without too much of thought or understanding. To these people, you will either make money or learn a valuable lesson about stock market. One of the two is definite.

The two things one can do is to sit still and cut out the noise while examining the following:

IF the ANSWER to any of the above two is NO, then you have no business to be in the stock market. For the reason that your investment experience could end up in the cemetery, much like the failed authors or actors.

So if the equity investing BUG has bitten you due to the market noise, visit all the cemeteries of earlier stock markets highs and see what has happened to the stock market darlings in the earlier booms and you will get some realism and a knock on your head so that you do not do anything STUPID.