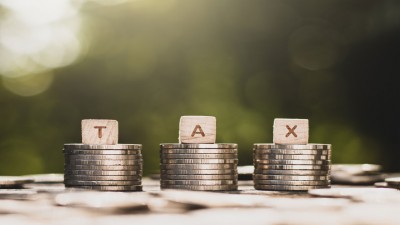 Corporate Executive : Mr Ganesh S, was a senior HR professional with a leading telecom multinational and about  three decades of experience in this line across three other  companies. At 52 years of age he was at the top of his game and was involved with a  variety of activities with the company’s leadership team, apart from this he was a leader in the HR forums and Industry bodies and doubled up as a guest faculty in some of the leading management institutes in the country. Teaching was his passion and he loved it.

Family consisted of one daughter and one son. The daughter was married just a year back and his son was doing engineering with the idea of going abroad. Wife was a homemaker and domestic life was idyllic.

Being a busy senior executive meant that Ganesh did not have the time and energy to focus on his investments. So over the past decade or so, he has gone ahead with his bankers advice and put his spare money in a variety of investments and insurances that his banker had recommended from time to time. Not having the time to even evaluate these investments, he was quite content that at least were directed to some investments , good or bad was a different thing altogether. However one fine day his banker bade farewell as he was transferred to the corporate office and introduced his colleague to Mr Ganesh.  Mr Ganesh soon found that the new banker was  more keen on selling life insurances to Mr Ganesh than anything else in spite of the fact that he already had more than dozen insurance policies.

That was when Mr Ganesh decided to look for help and was recommended us, Finsherpa quickly took stock of the situation and helped :

His mutual funds and other investments were reviewed. Based on the review, the non performing ones were  removed and the funds reinvested as per the above asset allocation, so that he would enjoy long term compounding. The losses booked were considered in his tax returns as well to ensure that they provided the cover needed for him against future profits.

In the two years since, Mr Ganesh has been continuing his investments with even better vigour. While the portfolio has not seen substantial uptick due  to market actions yet. It is fairly evident that by the time he retires the investment portfolio will mean substantially more and growing without any tax liabilities and issues.