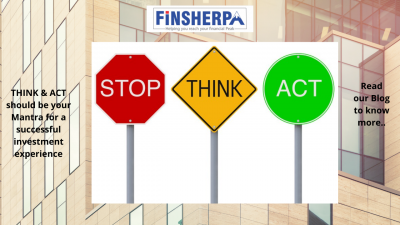 A small town was once caught in a torrential storm, as the cyclone raged and brought huge volumes of water by breaching the nearby dam, the water in the village started rising so all the residents moved to the terrace of their building. There lived a devout man in the village who was also standing on the roof of his home.

As the water reached his waist , a boat passed a distance away and the boat man asked the devout man to swim towards the boat so that he could take him to safety,  he replied that he had faith in god and that god would  save him.

As the water kept rising, a helicopter passed above and they dropped the line and asked him to grab it and that they would take him to safety,  however he replied that he had faith in god and that god would  save him.

Eventually the water overwhelmed him and he died . When he met god in heaven, he complained that he had so much faith in god , but he still drowned. For which God replied, I sent you a boat and a helicopter, what else did you expect ?

Sometimes the smallest of actions is better than the loftiest of intention.

Wanting to start an impressive SIP to create a huge corpus for the last  4 years is useless ?

Dreaming of a great retired life without sufficient action to creating and implementing a retirement plan will leave it only a DREAM ;

We sometimes spend far too much time intellectualizing, than implementing. Am not suggesting that you do anything without a thought, all am saying every thinking must have a stop loss on the time when you will implement. Even if the idea is sub optimal, you can always change it as you move, however if you are paralysed and waiting for the right moment to start, that moment may never come.

THINK & ACT should be your Mantra for a successful investment experience.

What do you think? Let us know.