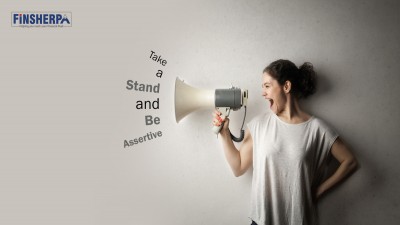 The Abilene Paradox in the Investment World

On the event of a birthday, a family decided to go out for dinner. Husband asked his wife, where to go? Thinking that he likes South Indian food, she said: “Let’s go to Saravana Bhavan,

His son and daughter nodded in agreement. On their return, the son remarked, “I wish Papa had taken us to Dominos Pizza.” “Or Pizza Hut ”added his daughter.

“Yes, I too would have loved to go to Dominos Pizza!” the man said. Wife looked surprised: “But didn’t we all unanimously agree to go to Saravana Bhavan,” she asked.

He said sheepishly “I didn’t want you to feel bad.” And both children nodded in agreement.

Here were four people, who of their own volition would not have gone to ‘Saravana Bhavan, but collectively agreed to go there. This also happens in the Investment world. This is the Abilene Paradox.

The Abilene Paradox occurs when a group of people collectively decide on a course of action that is contrary to the preferences of most of the individuals in the group.

Prof Harvey states in his paper ‘The Abilene Paradox’, “Organizations frequently take actions in contradiction to what they really want to do and therefore defeat the very purpose they are trying to achieve”.

In the investment world, when the top fund manager says the equity markets are not overvalued.., the rest of the fund manager community also agrees in unison, as otherwise he would be forced to take action on the portfolio. If he sold in contradiction to the market leader, and the market went up, he would appear stupid. At the same time, if he did not act and went with the Top Fund Manager’s view, then even a fall would be accepted, as the Top Fund Manager’s portfolio would have also suffered a similar fate and therefore, it will be justified.

Standing out as a lone voice is very embarrassing. This leads the group to decide on ‘yes’, when ‘no’ would have been the personal (and the correct) response of the majority.

So go forth take your position, be assertive as it is entirely possible that you are RIGHT and the expert is WRONG. Take RISKs, that’s the only way you can change Status Quo.