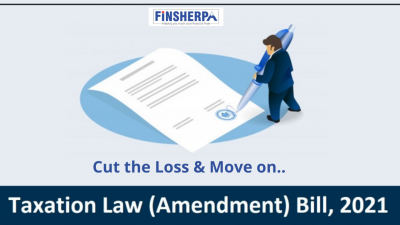 Sometime in the late 2000s one of the largest telecom giants in India sold its stake of its  India  business worth Billions to another multinational, only that the transaction occurred in a tax haven abroad and as per the prevailing rules of Income Tax in India at that time, they owed the Government of India no tax. However the Govt of India realizing that it had been taken for a ride, decided to file a case of recovery of the tax dues from the buyer( new owner).. after many a legal battle when it was turned down at the Supreme Court of the Country, the Govt of the day decided to win at all cost, so what did they do ?

Globally it is an accepted principle that retrospective taxation is the sign of a banana republic, a country that chooses to pander to the ego of its leadership, not the sign of a progressive growth oriented country as would have loved to be seen as. This legislation in 2012 was ill fated from the start, not only was it abjectly unfair, but it was also taking us back in time in terms of how our prospective investors  would look at us.

Cut to August 2021,  earlier this week, Govt of India passed a legislation repealing the retrospective aspect of the law. True the law will apply from that day forward as it should, but it will not be enforceable on the transactions that have occurred prior to that date. This brings to an end a messy and illogical approach to how matters need to be handled by a state. This was also forced upon the government as it lost two very famous cases in the international courts. So  instead of pursuing others, the smart thing to do  was to end it here & now.

In the investment world, when we make a bad investment choice, we sometimes don’t acknowledge it and take corrective action, on the contrary we try and change the wrong choice into a right one and in the process embroil oneself further into  problems. In the late 2007-08, the infrastructure sector was a sunrise industry. Everybody with the infra in their company name came with an IPO and many of them were successful listings at a huge price. However they also had a big drop in the aftermath of global financial crisis. However many people not recognizing that the high stock prices earlier were unsustainable continued to hold and even buy more in companies that were nothing more than a sham. Net result is that in spite of holding those stocks for a decade they are yet to break even and many companies have indeed even shut shop.

So when you recognize that a mistake has been made, take that call ( do a deep research and establish if the stock is down permanently or is it temporary).  If it is permanent,  exit the stock/ investment, even at a loss, it is a good idea. You can always use the learnings of this experience and make money the next time around. That is the name of the game. But the earlier you recognize this the better your chances of generating profits for yourself.

Kudos to the Indian Govt for repelling this retrospective tax law, am sure prospective Foreign Direct Investors ( FDI) would sleep more peacefully and am sure that’s good for India.